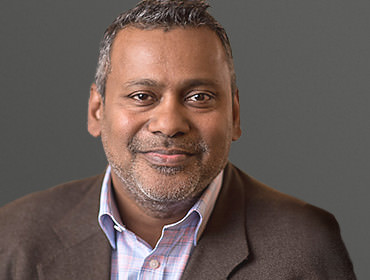 Gajen Kandiah
Former President of Cognizant Digital Business
01 About
Gajen Kandiah joined Brighton Park Capital as a Special Advisor in July 2019. Gajen is the former President of Cognizant Digital Business. Prior to this role, he was the Executive Vice President and Global Managing Director of the Business Process Solutions and Senior Vice President and General Manager of various business verticals. While at Cognizant, Mr. Kandiah led the acquisitions of Softvision, Netcentric, and Idea Couture and the investment in human science consultancy, RED Associates. Gajen co-founded of NerveWire in 1999, an internet business which was later acquired by Wipro. Gajen is a leader and strategist of growth businesses.